Mythology: Lemnos has been famous since ancient times as the island of Hephaestus, the God of fire. In Greek mythology, Hephaestus has landed on Lemnos when Zeus and Hera threw him away from mount Olympus. Landing on Mosichlos mountain in Lemnos, Hephaestus broke his leg and limped ever since. In Lemnos, Hephaestus has been taken care by the Sinties according to Iliad and offered them his knowledge as the God of fire, volcanoes, technology, crafts and metallurgy. Hephaestus with a Thracian nymph Kabiro fathered a tribe named the Cabeiri and sacred rites dedicated to them were performed on the island as gods of sea, fertility and vine. The Cabeiri mysteries were lasting for nine days until the holy flame arrived from Delos island.

Lemnos history has been connected to Philoctetes according to another myth who was a hero in ancient times and was abandoned on Lemnos island on his way to Troy. The archaeological excavations that have taken place at Kavirio temple in Poliochni have revealed early settlements since the Bronze Age.

Ancient History: Lemnos’ history has its roots in ancient times as proved by ancient Mykinaic texts where the island was referred to by its name. There are various theories on how Lemnos got its name; some believe that the origin of the name is Phoenician and means White, inspired by the white color of the hills and landscape as someone is approaching by the sea while others believe that the name originates from Homer’s word ‘Leion’ that indicates the rather flat landscape of the island. Other names given to the island include Sintiis inspired by the name of it first dwellers, Aethalea, Pyroessa and Vulcania characteristic name of its volcanic nature and Dipolis which has its roots in Classical years.

Thoantas or Thoas was the first king of the island in a period where it was dominated by a women’s regime headed by his daughter Hypsipyli. Based on a famous legend at those times women were left by their husbands for Thracian women and in revenge they murdered every single man on the island. The Argonauts have made a stop in Lemnos on their way to Kochlida, where they have been greeted with great warmness. They married the island’s women and had children with them with Hypsipili being married with the leader of Argonauts, Jason and gave birth to the Homeric king Evnios.

Pelasgics, the relatives of Etruscans of Italy seized Lemnos in 1000 BC. Moving forward, Lemnos was conquered by Miltiades, the tyrant of the Thracian Chersonese in 510BC and soon after his return to Athens, Lemnos became an Athenian possession until the Macedonian empire dominated it leaded by Phillip in 353 BC. Following this, the island went under Roman domination in 166 BC.

Modern Times: In modern years, Lemnos has changed possession between Greeks, Italians and Turks and became liberated during the First Balkan War by the leader of the Greek fleet, Pavlos Kountouriotis. During WWI, Lemnos played a significant role due to its strategic position. During the First Balkan War, the naval battle of Lemnos took place on January 18th, 1913 during which the Ottoman naval forces tried to undertake under capture the Aegean islands. The Greek fleet under the orders of the Admiral Pavlos Kountouriotis was located in the port of Moudros when they got informed that the Turkish fleet was approaching. Following an outstanding battle, Greeks defeated the Turkish fleet and regained their freedom.

British and French warships started from Moudros gulf an expedition that lasted several months against Kallipolis in an effort to help Russians who suffered many injuries from Germans. Moudros remained the allied base for the blockade of the Dardanelles during the war where in late October 1918, the peace agreement was signed between Turkey and the Allies. Until now, Lemnos grants a major strategic position and consists one of the biggest military bases of Greece.

Lemnos is famous for its gastronomical tradition with influences from the Venetian and Turkish times as well as for its local delicious products. Being self-sufficient since ancient times, Lemnos, is famous for its outstanding gastronomy which is very well preserved until now mainly due to the lack of mass tourism and extensive commercialization. The island characterized of fertile lands, has local producers of wine, cereals and dairy products that have become famous throughout Greece and in many countries abroad.

Wine: Kalampaki, known as Lemnio which is the oldest grape variety on the island and Aristotele’s favourite, is a variety of a small sized grape of intense color used only for wine production. The main grape variety that is currently cultivated on the island is the Muscat of Alexandria which has its roots at the beginning of the previous century. Modern Lemnos continues passionately the tradition producing crispy and aromatic dry wines and wonderfully balanced sweet wines from the distinct variety of Muscat of Alexandria that flourishes on the island’s volcanic land.

Cheese: Beyond its wineries, Lemnos is known for its local white cheese, ‘Kalathaki’ which although being very similar to feta cheese, has a distinct taste as it is produced from fresh sheep and goat milk. This type of cheese grants a Product of Designated Origin certification due to its unique geographical location and distinct production process. The name of the cheese itself means little basket in Greek and is directly linked to the traditional production method where the cheese producer placed the curd mass into small baskets and let them dry, forming the characteristically shaped cheese. Other delicious locally produced cheeses include ‘Melichloro’ and ‘Kaskavali’ which are harder in texture and richer in flavor.

Fish & Seafood: Lemnos is the perfect place for fish and seafood lovers as has always fresh fish and to offer to its visitors. The island’s fishermen everyday deliver the catch of the day to the local tavernas and restaurants where one can try the authentic and traditional cooking style of the island.

Local products: Visiting Lemnos one should also try the pure thyme honey produced on the island which is perceived as one of the finest and most expensive honeys throughout Greece. Other well-known delicacies of the island include the almond sweets ‘Venizelika’ and the ‘Flomaria’ which is the local pasta. 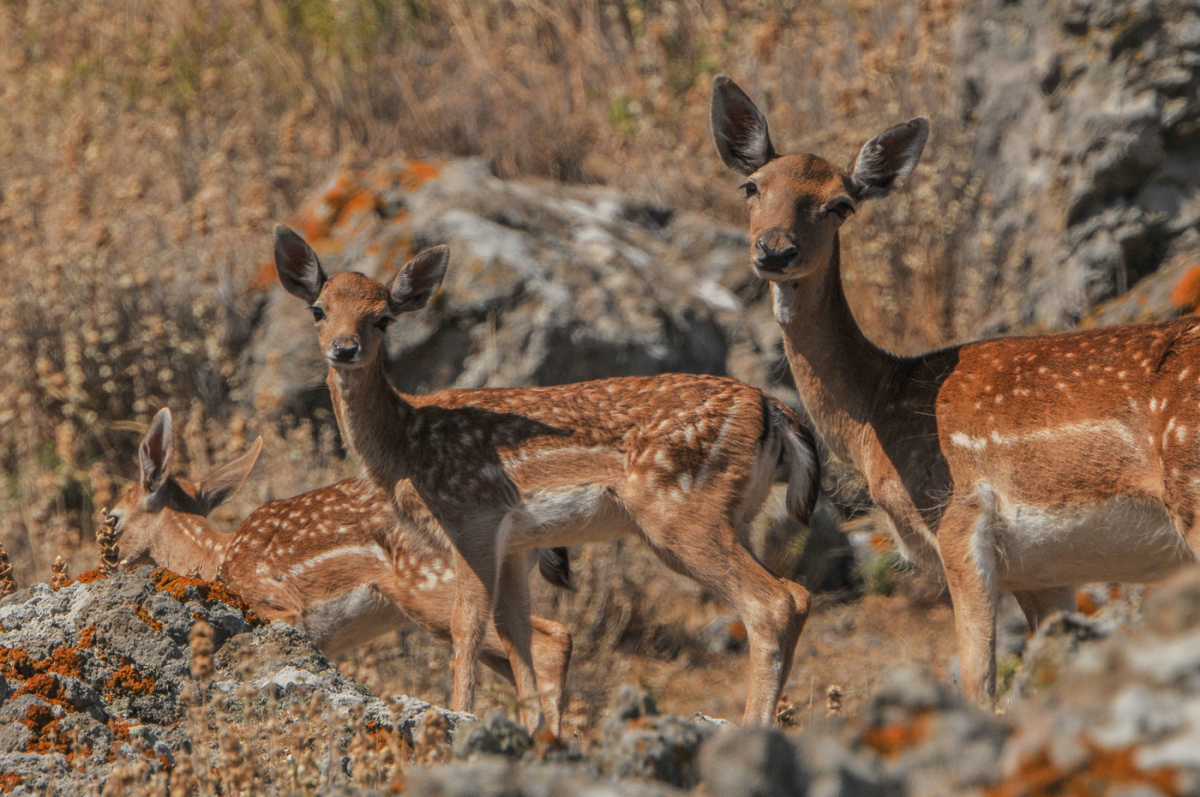